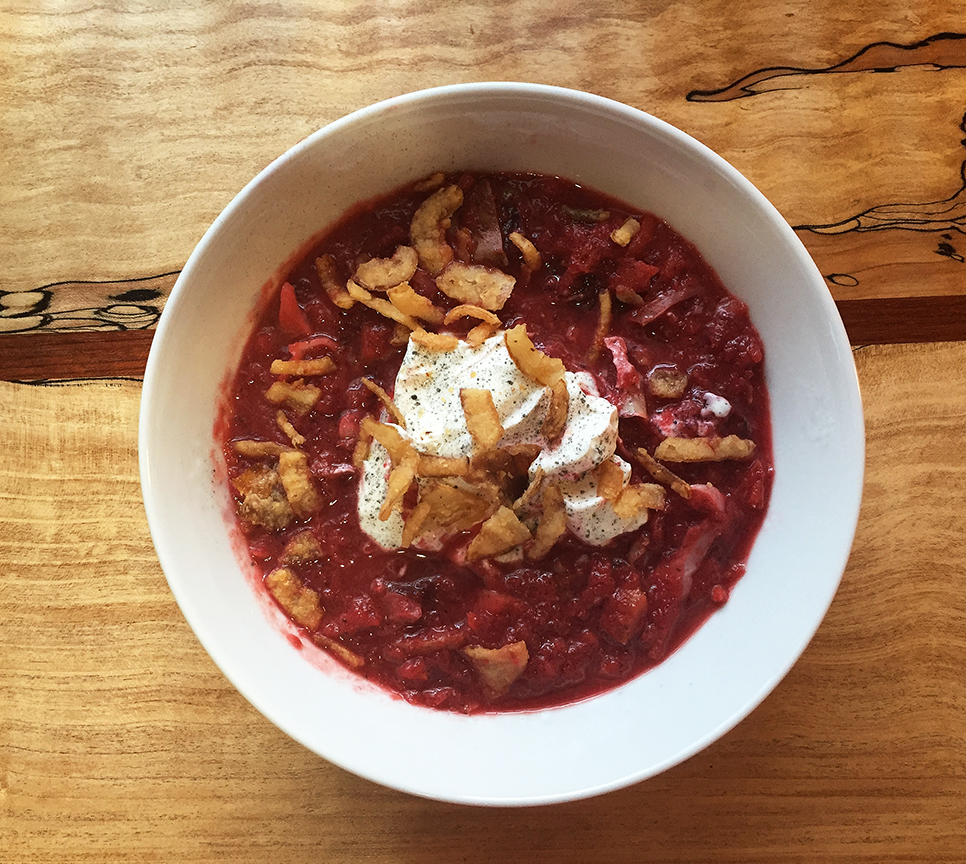 Borscht is a sour soup common in Eastern Europe and Northern Asia. In English, the word “borscht” is most often associated with one of the most famous dishes of Ukrainian cuisine, made with beetroots as one of the main ingredients, which gives the dish its distinctive red color.

Borscht has dozens of variations and can be served hot or chilled. This is my newly created meatless version, I have never made borscht before.

I started by dicing six small beets, four small new potatoes, half of a sweet onion, and one carrot, sautéing until tender. I then added 16 ounces of chicken bone broth, one tablespoon apple cider vinegar, a handful of chopped cabbage, and sea salt to taste. Once heated thoroughly, I used an immersion blender to puree about 75%, leaving some texture to the soup.

Served with a dollop of sour cream and dried onions for crunch, I’d say this was a tasty hit!

I did not include meat in today’s version, although I think this would be delicious with bacon. Also, next time I will add a smidgeon of horseradish to the sour cream.